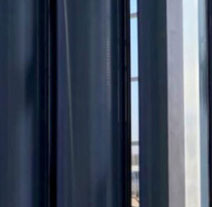 University of Minnesota researcher Adriana Alvarez De la Hoz thinks microalgae could be the fertilizer of the future.

Although many would typically associate algae with seaweed, or other varieties of green aquatic plants on the surface of lakes or ocean shores, microalgae live everywhere — even in the soil.

In a report released online last month, the Ph.D. candidate at the University said microalgae have tremendous potential to revitalize soil, prevent erosion and reduce the use of chemical fertilizers that pollute the environment.

Microalgae have many benefits for the soil as renewable resources, including the storage of carbon and nitrogen. These organisms can also add nutrients to the soil, which contributes to better plant growth.

Historically, microalgae have not been fully explored for their benefits in agriculture, Alvarez De la Hoz said. With changing weather patterns that lead to higher precipitation, algae can help soil stick together and become more resilient to erosion, which keeps nutrients in the environment.

“I think it’s very important that we can at least acknowledge the fundamental role that soil is going to have for our future — for food, for water, for energy, for climate,” Alvarez De la Hoz said. “And we need to protect that soil resource.”

David Ramjohn is the CEO of one of the only companies out there exploring the use of microalgae at a commercial scale. Since 2016, his Texas-based business, AlgEternal, has been working to create a variety of products by extracting the organic materials from algae.

One of the major challenges that has prevented algae from being utilized is related to the ability to grow algae at the scale needed to be profitable, he said. Growing algae in shallow open ponds can risk contamination, which could cause a farmer to lose an entire algae crop. His company has been able to grow algae using a closed photobioreactor system, a device which uses a light source to cultivate algae at any scale they want.

“It is that scale-up factor that has prevented the industry from really taking off,” Ramjohn said. “If you want algae to be the feedstock of the future, you have to be able to grow algae at the same scale that we grow rice and wheat and cotton and corn and all those other crops.”

A self-described “algae farmer,” Ramjohn said the company has been able to produce soil amendments and even a skincare line from algae. A soil amendment improves the structure and condition of the soil, compared to a fertilizer which is focused on improving the nutrients in the soil.

“We view soil as a natural resource, one that isn’t very well understood, or one that people don’t pay attention to,” he said. “Because we are losing soil at an alarming rate, we’ve got to stop it. We’ve got to fix it. And it’s not going to be fixed by pouring more and more chemicals into the ground. It’s got to be fixed with what we call regenerative agricultural practices.”