THE ROLE OF ALGAE IN SOILS 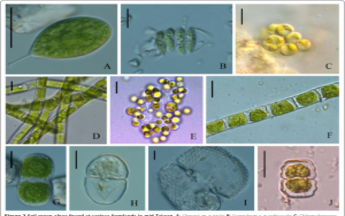 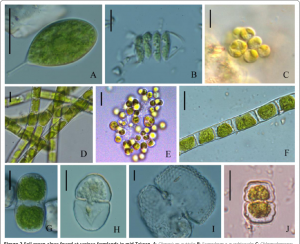 Microalgae occupy the base of the food web in any ecosystem in which they occur, aquatic or terrestrial; microalgal populations in soil have been estimated to range from 10,000 to 100,000 by the Food and Agriculture Organization of the United Nations.  Terrestrial microalgae occur in virtually all soil types, in every geographic region and climate across the globe, yet are perhaps some of the least known and studied species in the group when compared to aquatic species.  Some of the known roles/activities of microalgae in soils include, inter alia: oxygenation; water retention; secondary metabolite activities; nutrient recycling; nitrogen fixation; mineral solvents; food for heterotrophic organisms; soil formation and stability; carbon sink; biological indicator; and bioremediation.  The cumulative benefits of microalgae in soil remain undescribed and unquantified and the overall importance of microalgae in soil is still poorly understood; they are often overlooked or treated superficially when soil ecology and ecosystems are discussed.  If soil is accepted to be the foundation of basic terrestrial ecosystem function,  then the importance of soil to the health of the planet and by extension, to human health, cannot be over-emphasized.  It can be further posited that microalgae are the foundation of soil ecosystem function.  In the context of soil health as it relates to agriculture and food production, water pollution reduction, reduction of leaching, and increased carbon sequestration/reduced carbon emissions, microalgae’s contribution to healthy soil ecosystems cannot be dismissed: healthy soil ecosystems = healthy soils = healthy ecosystems = healthy planet = healthy humans.  The reintroduction of healthy algal populations to soils delivers significant benefits to human beings, not the least of which is helping planet Earth remain hospitable to our species.