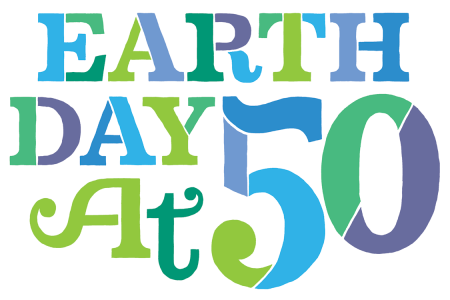 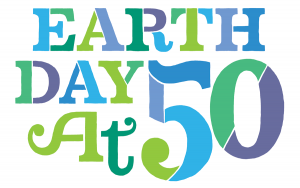 We knew this could happen; in fact, we knew this WOULD happen. We have a history of epidemics and pandemics dating back to the Antonine Plague in Roma circa 165-180 CE, with no less than 19 in the record up to the ongoing novel coronavirus (SARS-CoV-2) outbreak, which results in the dreaded COVID-19 disease. We have a history of crowding into urban centers, fleeing rural settings as if our lives depended on it, leaving the wide open spaces, and low population density areas for the petri dishes of city life where social distancing is virtually impossible, disease-ridden vectors flourish, and diseases are transmitted with alarming efficiency and speed from human to human.

We have a history of moving away from decentralized systems of food production and distribution where individual households grew most of what they needed to eat right in their backyards, only needing to go to the shops for items that they could not economically produce at cottage scales, e.g. flour, sugar, rice, oil. Instead we accepted, or were made to accept, massive-scale intensive, monoculture, that cleared millions of acres, applied billions of tons of synthetic chemicals, leading to damaged soils, displaced wildlife, reduced biodiversity, and changes in weather patterns over time aka Climate Change.

We had a history of eating mainly locally-grown or foraged plants—leafy greens, pulses, vegetables, grains, fruits, etc., with the occasional intake of meat when we encountered animals and hunted them successfully; we have replaced that with gluttony for meat in every meal,  driven by masterful marketing from industrial-scale animal production, in concentrated facilities, using tremendous amounts of antibiotics and hormones, genetic modification, and feeding the animals food they would not normally have in their diets, all creating conditions for the perfect storm of zoonotic diseases (diseases transferred from animals to humans) such as: E. coli, Mad Cow Disease, Swine Flu, Bird Flu.  Not sated with mundane foods we developed a taste for the exotic, supporting trade in animals not produced in factory farms, exposing ourselves to unknown diseases carried by or infecting these animals.

Both industrial-scale farming and concentrated animal feeding operations contribute significantly to the release of carbon dioxide, which acts to increase atmospheric temperature that causes shifts in weather patterns.  Changing rainfall patterns affect the distribution of insect vectors, e.g. mosquitoes. Warmer temperatures increase the habitable range of species that would not normally interact with humans otherwise, and therefore could not expose humans to novel diseases.  Thawing permafrost has revealed the presence of ancient viruses and bacteria, e.g., RNA fragments of the 1918 Spanish flu virus have been recovered from corpses in the Arctic tundra. Some of these frozen viruses and bacteria can come back to life after being thawed, especially the ones that have mechanisms that adapt to adverse conditions, such as forming spores.

Increased and intensified urbanization, Industrial-scale farming, concentrated animal feeding operations, global warming, and climate change, if we connect those dots, we can easily recognize their connection to us, human beings.  None of these would have been a factor if not for us, if not for the way we chose to live, do business, produce, consume, recreate. And yes, it is a choice we have; it is a choice we made, as a society, individually and collectively. We have forgotten the lessons of previous pandemics, both those within our lifetimes and memories, and those lost to the historical records. We focus continuously, even in the midst of these life-altering events, on how quickly we can resume traveling the path we were on before, seemingly oblivious to the obvious reality that it is our previous patterns of behavior, resource consumption, sacrificing of our environment and biodiversity on the altar of the economy and Gross Domestic Product, that lead to these cyclic catastrophic events.

This virus, this disease, is recalibrating the world as we know it, not just from a human health and economic standpoint. Here we are, humanity on lockdown, in quarantine, being forced to use only those resources that are immediately accessible, googling recipes and ideas for preparing food at home from locally sourced produce, aching for and reminiscing about previous human interactions.  COVID-19 has slowed us down from the frantic pace we kept, from our focus on economic success to the detriment of deep connections with our families, loved ones, and friends. This microscopic organism, not really even alive in the technical sense, has made us think of what it actually means to be alive, of who we value in our societies.  Have we been the architects of our own demise, responsible for the emergence of this novel virus? Are we now focused on the political, economic, and social change necessary to keep this from happening again, or are we still focused on returning to business as usual?

We once had a very different relationship with the Earth than we do now, one of respect, regenerative and circular resource use, using only what we needed; we changed that relationship, accelerated the destruction of the very life support systems provided by the planet, became wasteful, conspicuously consuming everything we could, eager for more. We have sown the winds of materialism, avarice, arrogance, waste, disregard for our environment and the other creatures with which we share this biosphere, and so we reap the whirlwinds of unnatural disasters, pandemics, widening and deepening chasms between rich and poor, resource scarcity leading to human conflicts and migration.

This Earth Day more than ever, we should be mindful of the fact that we are inextricably linked to the Earth, and that we impact its ability to sustain us. This Earth Day in the midst of this crisis we have an opportunity to identify and pursue sustainable, regenerative, circular economic models, to never lose sight of what actually makes life worth living, and return to living in balance with Nature.  We must commit these lessons to memory and teach them to future generations. Those who lost their lives to this virus should not have done so in vain; we share the responsibility of making sure this never happens again.